Three Percent plus ONE!

I saw this pic a few months ago and had no idea as to what meant or stood for. Yesterday I stumbled upon it again. The flag here is called a Nyberg Battle Flag. And the symbol in the middle of the Betsy Ross flag is a Roman numeral 3 and stands for an unorganized group that calls themselves the Three Percenters. I guess you could say I am a Three Percenter and PROUD!!! While I have issue with modifying Old Glory... I 24/7 fly the Betsy Ross flag above my home with a Gasdsen Flag Beneath, I respect their protest as much as those who invert their flag... yes I too believe we are under attack and are in distress. (More on alternative symbol later)


During the American Revolution, the active forces in the field against the King's tyranny never amounted to more than 3% of the colonists. They were in turn actively supported by perhaps 10% of the population. In addition to these revolutionaries were perhaps another 20% who favored their cause but did little or nothing to support it. Another one-third of the population sided with the King (by the end of the war there were actually more Americans fighting FOR the King than there were in the field against him) and the final third took no side, blew with the wind and took what came.

Three Percenters today do not claim that we represent 3% of the American people, although we might. That theory has not yet been tested. We DO claim that we represent at least 3% of American gun owners, which is still a healthy number somewhere in the neighborhood of 3 million people. History, for good or ill, is made by determined minorities. We are one such minority. So too are the current enemies of the Founders' Republic. What remains, then, is the test of will and skill to determine who shall shape the future of our nation.

The Three Percent today are gun owners who will not disarm, will not compromise and will no longer back up at the passage of the next gun control act. Three Percenters say quite explicitly that we will not obey any further circumscription of our traditional liberties and will defend ourselves if attacked. We intend to maintain our God-given natural rights to liberty and property, and that means most especially the right to keep and bear arms. Thus, we are committed to the restoration of the Founders' Republic, and are willing to fight, die and, if forced by any would-be oppressor, to kill in the defense of ourselves and the Constitution that we all took an oath to uphold against enemies foreign and domestic.

We are the people that the collectivists who now control the government should leave alone if they wish to continue unfettered oxygen consumption. We are the Three Percent. Attempt to further oppress us at your peril.

To put it bluntly, leave us the hell alone.

Or, if you feel froggy, go ahead AND WATCH WHAT HAPPENS.


The Three Percent are the folks the Founders counted on to save the Republic when everyone else abandoned it.

For we are the Three Percent.

We will not disarm.

You cannot convince us.

You cannot intimidate us.

You can try to kill us, if you think you can.

But remember, we’ll shoot back .

We are not going away.

We are not backing up another inch.

And there are THREE MILLION OF US.

There is more to come in the days ahead. I now know what I am.

I did though change my version of their logo. During the revolution did you know the Gadsden flag was just not yellow but many colors? Here is my symbol with the motto penned by Benjamin Franklin. What do you think? 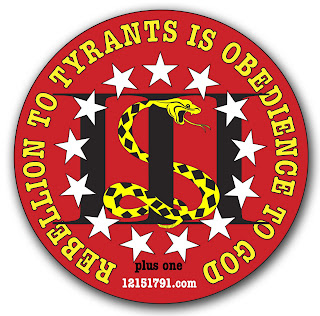 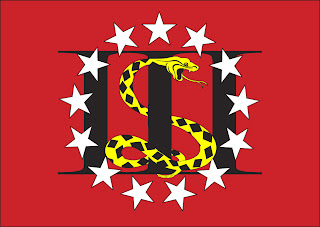 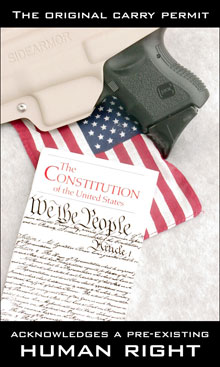 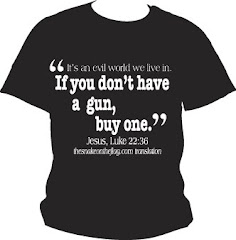 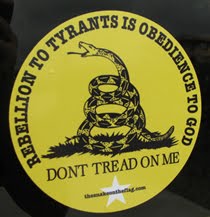 To God For Country 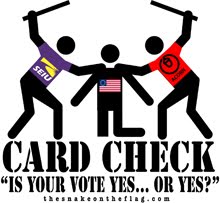 Things I read... yes there may be a liberal blog or two, just to re-enforce I am right! 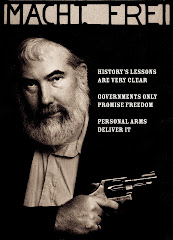 How can I make a difference... 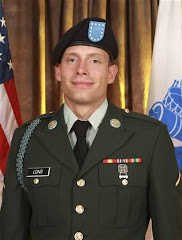 Murdered by a muslim vermin/terrorist on AMERICAN SOIL. Ignored by our coward of a president. I WILL NOT FORGET OR FORGIVE!